Rainshade Let There Be White

Rainshade Let There Be White 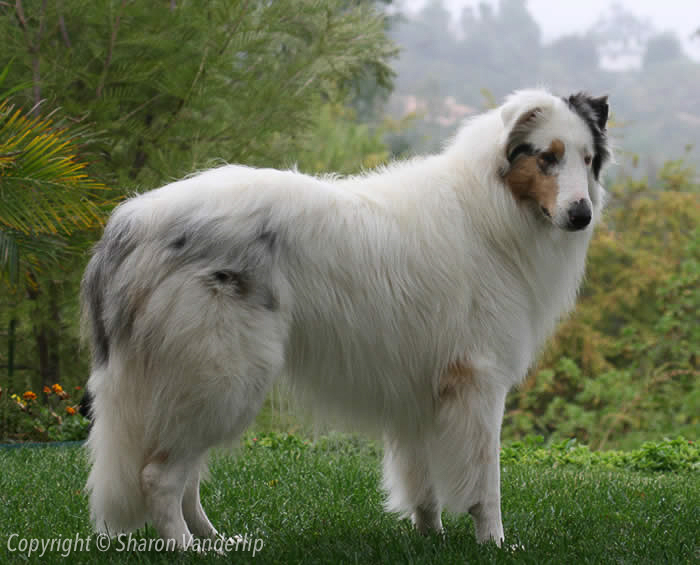 It seemed like Sydney was always in trouble every time we turned our backs–even if it was for a quick moment. No matter what he was up to, he managed to get into a jam. As a young puppy, Sydney caught his front foot in a fence in the most impossible way and fractured a metacarpal bone. He healed well, but during the healing process he used his splint to attract as much attention and sympathy from everyone as possible. Even years later, all you had say was, “Sydney, does your foot hurt?” and he would raise his foot and look at you in the most pathetic way.

Shortly after his splint was removed, Sydney fell into a swimming pool, having somehow navigated through all the security measures. His absence was quickly noticed and he was pulled out in time, but everyone was quite shaken.

The list of Sydney’s shenanigans was a long one and included breaking into a tightly secured area to breed Rainshade Ice Angel without permission…resulting in an unplanned, but beautiful litter of puppies!

Sydney was exported to Canada, where he kept his new family on their toes. His mischievous behavior and playfulness endeared him to everyone he met and everyone who knew him loved him.