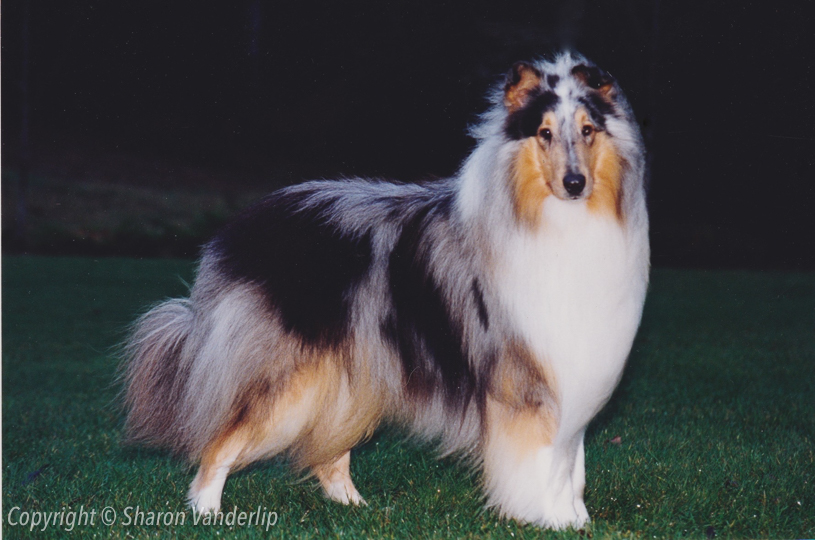 *Blizzard was conceived from frozen semen

Blizzard was a very playful, happy, clever puppy. When he matured he never lost his enthusiasm for games and his true sense of humor. It was wonderful to watch him run up the hillsides and through the grasses, carrying a toy of some kind, playing keep-away with the other Collies. If the other Collies lost interest in his games, he would throw the toy up in the air, catch it, and run…it worked every time to entice his Collie playmates to join in another game!

This gorgeous, entertaining game-player was also a wonderful guardian. Blizzard was gentle and protective of children, puppies, and property. We exported Blizzard to the Baffin Islands. During his busy 16 years he traveled from there to western Canada and eventually to back to the United States and live to be 16 years old.

Blizzard produced many beautiful and influential Rainshade Collies. After his passing, we produced lovely puppies from Blizzard using his frozen semen. Blizzard and his sire, were also produced from frozen semen.