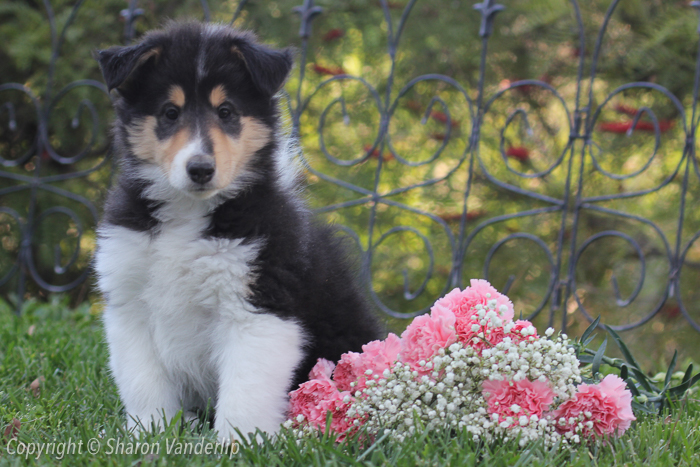 *Amelia was conceived from frozen semen

Amelia is proudly owned by veterinarian Dr. Chris Camann, residing in New York. Ameila was a very lovely puppy that grew into a beautiful adult! Dr. Camann has been training Amelia in agility and together they have a lot fun! Amelia is Dr. Camann’s fourth Rainshade Collie.

Dr. Camann shared a fun story about Amelia when she was a puppy:

“Amelia is quite smart, and a problem-solver who deals well with frustration.  For example, the day after she learned how to go down the stairs, she evidently decided that she would go up to the bedroom and bring down her best rawhide so that she could enjoy chewing it in the living room, where my husband was playing the piano. I didn’t know what she had in mind, but I watched as she very purposefully climbed the stairs and marched directly to her bedtime crate to retrieve the rawhide.  She then started down the stairs with it in her mouth, but predictably lost her grip on it when she was about 2/3 of the way down the stairs.  The rawhide tumbled down a few steps, and she followed it.  She found it awkward to try to pick it up with her body in a steep downhill posture, rear end on one step and front paws a full step lower, so she turned sideways on the stair on which the rawhide rested so that she could pick it up with her body level.  At this point, however, she couldn’t seem to turn her body back around to head further down the stairs, so instead she carried the rawhide all the way back up the stairs, turned around on the landing, and headed back down again.  This time she only made it slightly more than half way down the stairs before she dropped the rawhide.  She was obviously annoyed.  She barked at it, as if to say, “You naughty rawhide!” or perhaps to solicit my help.  I just laughed and told her it was her problem, and she would have to solve it.  She did. After a few seconds, she continued down the stairs, only this time, she did not attempt to pick up the rawhide again.  Instead, she nudged it with her nose, sending it tumbling a few steps at a time, until it was safely down on the first floor.  Then she bounded down the last few steps and gleefully picked it up and darted off with it!”

The photos below of Amelia were taken by PetProof Photography during a recent competition. We look forward to hearing many more stories about Amelia! 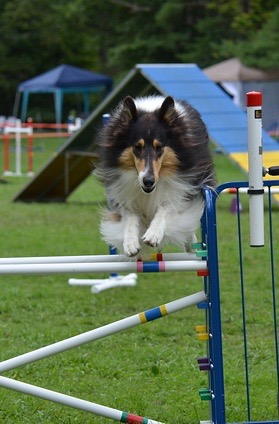 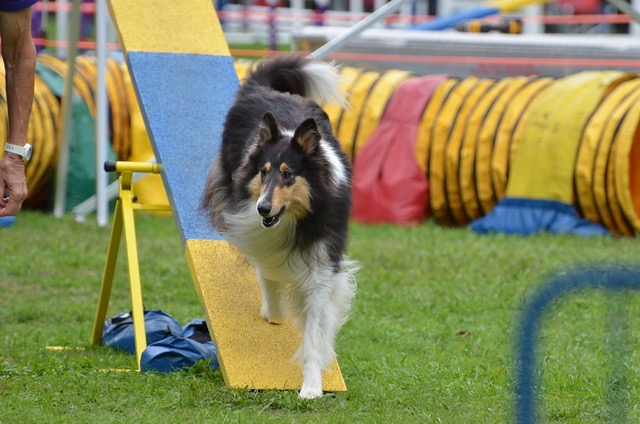 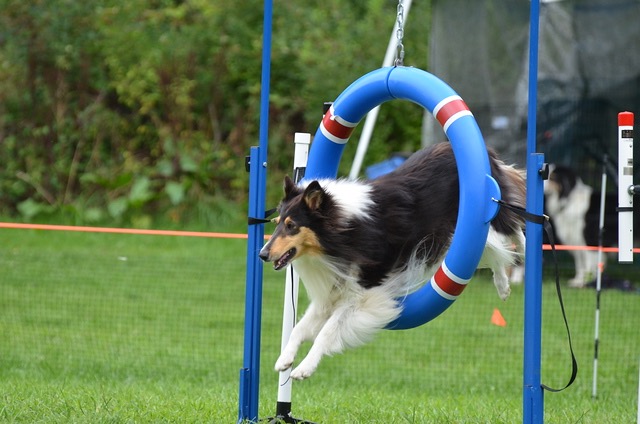 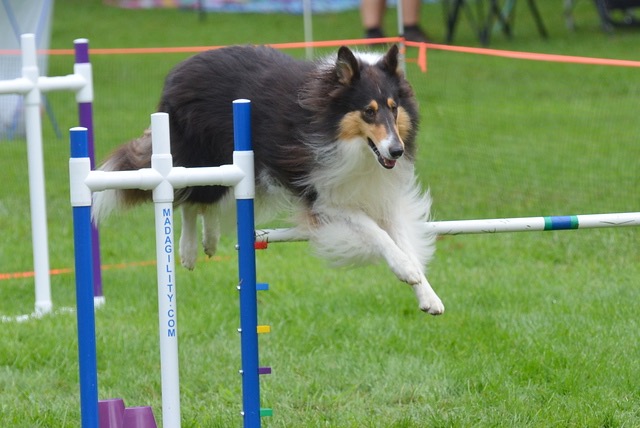 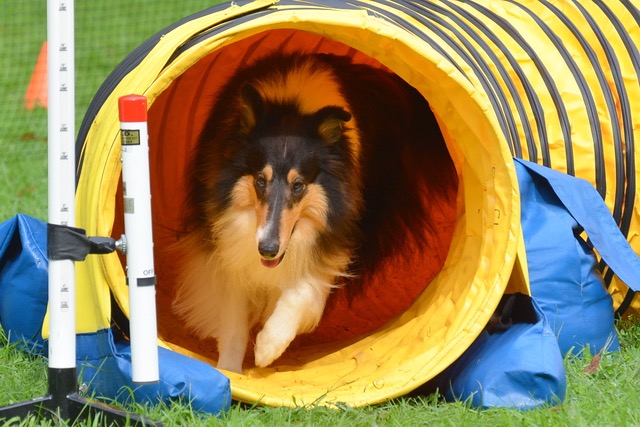